Welcome to the Foundation for Fiscal Studies. Our goal is to promote the study and discussion of issues relating to fiscal policy.

Interest in, and awareness of the importance of, fiscal policy in the economic and social performance of a country or community has increased greatly in the past few years. The Foundation provides a unique forum open to academics, policy makers, taxation and legal experts and the general public from which critical and constructive contributions can be made to developments in Ireland and abroad.

The Foundation was established in 1985 as an independent, non-profit making body. The activities of the Foundation are overseen by an elected Council which is widely representative of persons active in agricultural, commercial, financial, trade union, university and public administrative life. The members of the Council are listed at below. A projects committee organises the running of events and other activities of the Foundation. The members of the projects committee are listed at below.

The Foundation has in recent years hosted a greater number of events as well as awarding the Miriam Hederman O’Brien Prize annually and updating our website. We plan to build on our activities with an interesting and important schedule of events in the future. We also aim to further expand our website as a resource for people interested in fiscal issues. The Foundation’s events and resources are open to all, including non-members.

Corporate Membership of the Foundation

Corporate Membership of the Foundation is open to organisations interested in fiscal policy. Membership subscriptions support the Foundation by helping to secure our ability to continue to provide a high quality service into the future. For more information contact info@fiscal.ie

Colm Kelly is the Global Leader for Corporate Sustainability with PwC.

He has held a number of roles on the PwC Global Leadership Team, including global leader of the Tax and Legal Services business, and Chief Operations Officer for the PwC Global network.

He is a council member of the World Business Council for Sustainable Development (WBCSD), a fellow of the Global Solutions Initiative, and a Commissioner of the Business Commission to Tackle Inequality (BCTI). Colm is also a member of the Irish Tax Institute.

Colm led PwC Ireland’s Tax & Legal Services practice for a number of years, and also worked with the International Tax Services team in the New York office of PwC US. 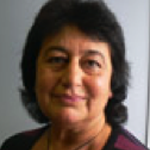 Rosheen Callender is an economist who for 35 years specialised in both social and economic policy; as well as employment and equality law; and tax, social welfare and pensions. A former teacher, she started work in the Research Department of the ITGWU (later SIPTU) in 1973 and retired from SIPTU in 2008. She has previously been a member of the the Pensions Board and is a Fellow of the IIPM and a member of the IAPF’s Trustee Network, of which she was a founding member.

Rosheen was a founder member of the Foundation and continues to serve on the Council. 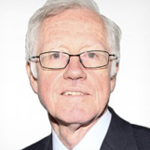 Dr. Donal de Buitléir is Chairman of the Low Pay Commission and Chairman of the Chartered Accountants Regulatory Board. Previously he was Director of publicpolicy.ie. He was a Board Member of the Health Services Executive 2005-09. He was Secretary to the Commission on Taxation 1980-85. He was a member of a number of Government reviews in the areas of local government reform, integration of tax and welfare, business regulation, health funding and higher education.

He is a former President of the Statistical and Social Inquiry Society of Ireland and is an Eisenhower Fellow. He was formerly Chairman of the Foundation and remains a Council Member. 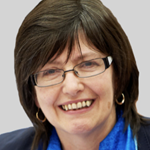 Josephine Feehily is a former Chairman of the Office of the Revenue Commissioners and was the first woman to hold that position in Ireland. She represents Ireland on the bureau of the OECD Forum for Tax Administration which she chaired until November 2014.  She was elected for three years up to June 2014 as Chair of the World Customs Organisation. Ms Feehily joined Revenue in 1993 as head of Human Resources and also served as Accountant-General of Revenue. She has also recently been nominated by the Government as Chairperson Designate of the new Policing Authority. A career public servant, Ms. Feehily previously worked in a range of positions in the Department of Social Welfare and the Pensions Board. She is a graduate of the National College of Ireland and Trinity College Dublin. 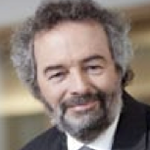 Austin Hughes is one of Ireland’s leading economic commentators. An expert on issues affecting the Irish and European economies, he is a regular contributor on media and also serves as KBC Bank Ireland’s Chief Economist. Austin has a wealth of economic experience, working for KBC for over 20 years following stints in the Department of Finance, Central Bank and Bord Failte.

John McGarry is Director of Advisory Consulting & Risk (Regional Leader) at PricewaterhouseCoopers. John was previously Director of Advisory Services at Ernst & Young and Director/Head of Human Capital Service Line at Deloitte. John has over 20 years’ experience in management consulting in the areas of strategy, economics, organisation development, process improvement, risk, people and change. John is also an advisor at Board level and to the Public Sector/Government on strategic and economic matters across key sectors. 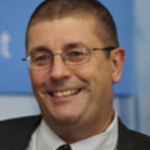 Derek Moran was Secretary General of the Department of Finance having previously been the Assistant Secretary General with responsibility for the Fiscal Policy Division. He was responsible for economic, budgetary and fiscal, banking and financial service policy matters and oversight of Ireland’s investments in and support for covered banks. He has served on the National Economic and Social Council, National Statistics Board and the EU’s Economic Policy and Tax Policy Committees.

Fergal O’Brien is IBEC’s Head of Policy and Chief Economist. He joined IBEC in 2005. Prior to this Fergal worked for 5 years as an Economic Consultant with Fitzpatrick Associates, where he delivered a large number of consultancy assignments for a range of public and private sector clients. He also worked as an economist with the Irish Dairy Board. He is also a member of the National Statistics Board. Fergal is a regular commentator on the economy and domestic and international policy issues.

Martin Lambe was appointed as Chief Executive of the Irish Tax Institute in March 2014 having previously been Director of Finance, Risk and Compliance. Martin led the Institute’s strategy on finance, membership services and investment in technology. He has also held the position of Company Secretary since 2004 overseeing corporate governance and matters related to the professional standards of members.